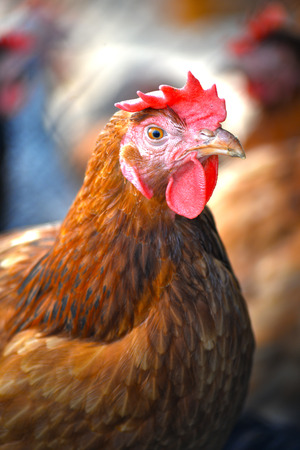 People who haven’t spent much time around chickens might not think they’re particularly bright, but those of us who raise our own flocks have probably noticed that these birds can actually be pretty shrewd when it comes to finding food and securing their position in the pecking order. In fact, an academic paper recently published in Animal Cognition has revealed that chickens are far more intelligent than we once thought.

After compiling the results of a number of different behavioral studies, neuroscientist Lori Marino concluded that chickens are capable of exercising some truly remarkable cognitive functions. One experiment demonstrated that newly-hatched chicks can count, and even understand basic principles of arithmetic. They can also perceive time intervals and anticipate future events. Other studies have shown that chickens are capable of reasoning by deduction—an ability that human children develop around the age of seven.

In addition to their powers of reasoning, Marino also found that chickens are able to communicate with visual displays and at least 24 different vocalizations. This allows flocks to develop complex social dynamics that are similar to those of human populations. Birds in a flock can learn from one another, and deceive one another to advance their own self interests. Chickens are able to self-assess their position in the pecking order and demonstrate self-control when holding out for food rewards. Both of these traits indicate that chickens possess some degree of self-awareness.

A chicken’s intellect influences its emotional life as well. Marino found that chickens are able to experience a broad range of emotions such as fear, excitement and anxiety. They’re even capable of experiencing a basic form of empathy called “emotional contagion.”

Marino’s research has revealed that chickens possess a startling level of intelligence that is similar to that of a human child. With additional research, we may learn even more about the complex intellectual lives of these fascinating animals.