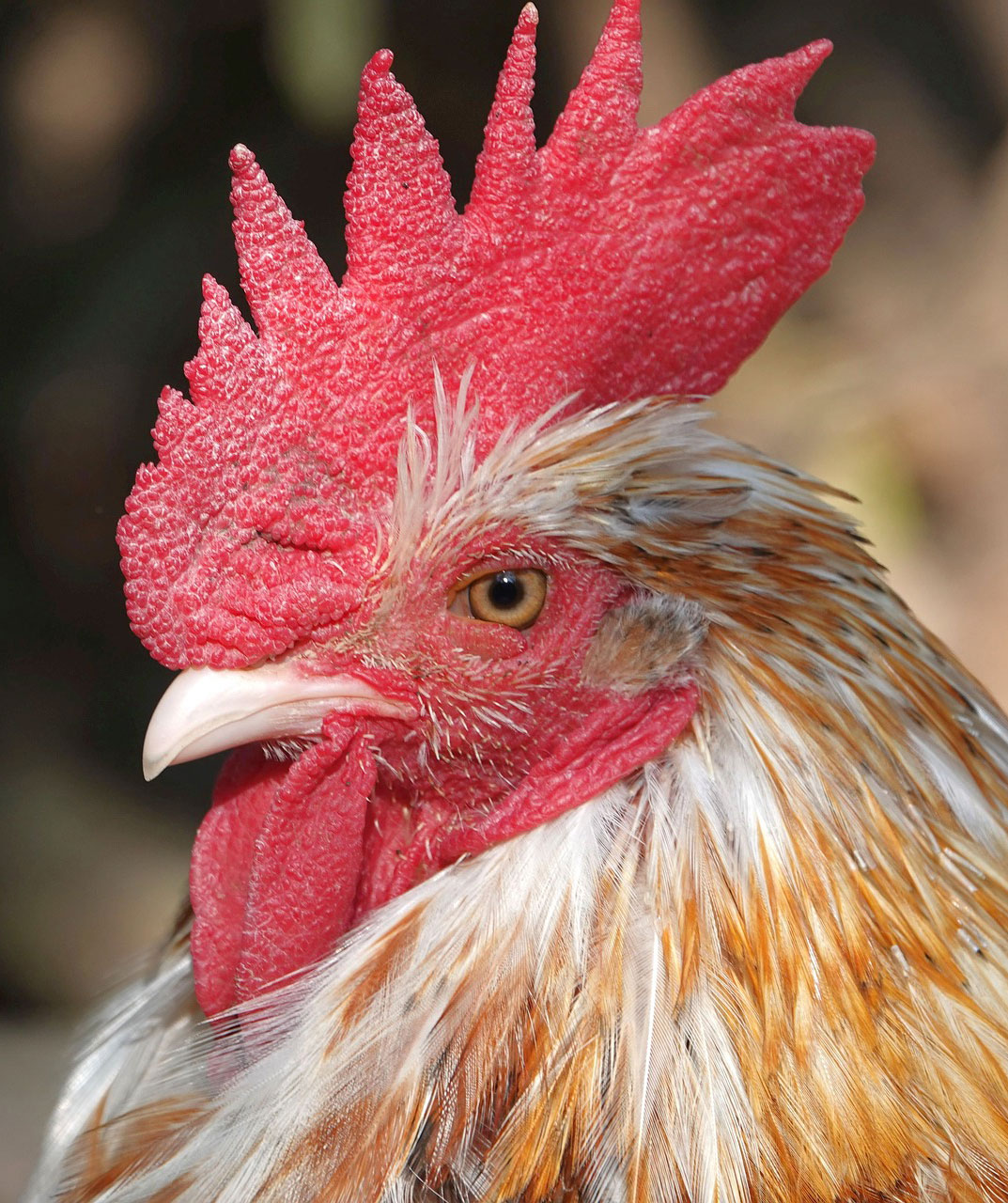 Like the males of 97 percent of all bird species, a rooster does not have a penis. An incubated egg that will become a rooster starts to develop a penis, but early in the second week of embryonic development, a cell death protein called Bmp4 cloaks the incipient penis, causing it to stop developing and instead remain as a rudimentary nub.

So how do chicken eggs get fertilized?

The rooster and hen kiss!

But not with their beaks.

The rooster injects sperm into a hen by pressing his vent against hers in a process known as the cloacal kiss. The cloaca is the chamber just inside the vent where the digestive, urinary, and reproductive tracts end.

The rooster’s cloaca contains two tiny nipples (papillae) at the ends of the two ducts that transport semen from the rooster’s testes. The testes are hidden inside the rooster, near his backbone, and look like a pair of large white beans. To transfer semen into a hen, the two cloacal papillae serve as the rooster’s mating organs.

During a cloacal kiss, the hen squats. The rooster does a balancing act on her back, and when everything is working right, the hen lifts her tail up and to one side, while the rooster bends his tail downward for a quick kiss.

A rooster can control how much semen he releases each time, allowing him to reserve some for another hen. The rooster can thus spread his genes among a greater number of hens.

Assuming the hen is willing to lay eggs fertilized by an amorous rooster, she stores his semen in her sperm glands, consisting of several storage tubules located at the juncture of the uterus and vagina. Fat droplets transferred from the hen’s cells to the sperm cells ensure the rooster’s sperm remains viable for several days. When a hen lays an egg, the hormone progesterone triggers the release of some of the stored sperm to fertilize the next egg she will lay. Like tiny tadpoles, released sperm wiggle up the oviduct to reach the next developing yolk. In this way, multiple eggs can be fertilized by a single mating, until the sperm is either used up or loses viability.

With 19 billion chickens in the world we have all the proof we need that roosters have no problem procreating despite their lack of a penis. 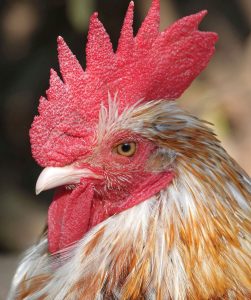 4 thoughts on “Do Roosters Have a Penis?”