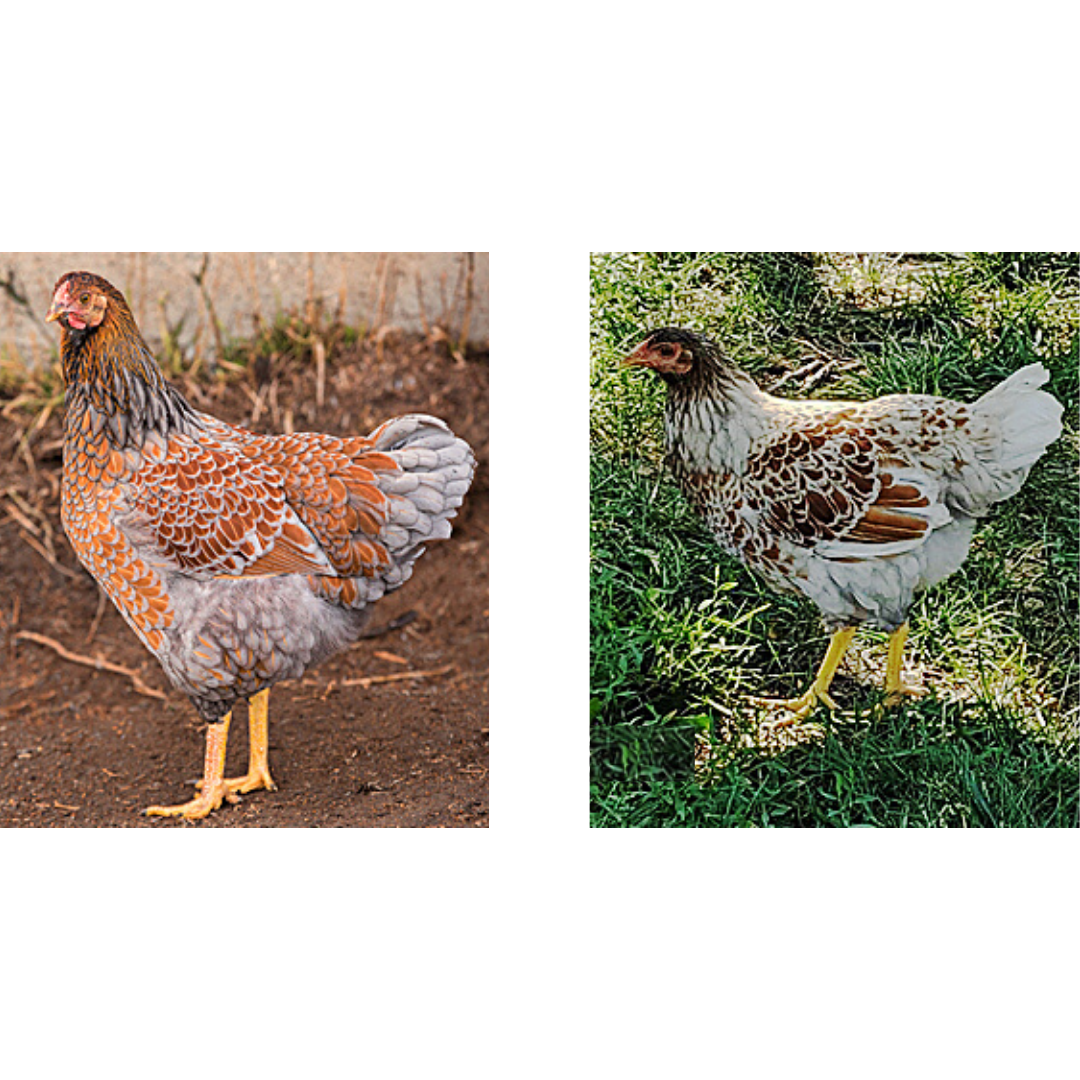 Based on discussions and photos circulating online, there seems to be a bit of confusion about the difference between a blue laced red Wyandotte and a splash laced red Wyandotte. Since the two varieties are related and look somewhat similar, the confusion is justified. 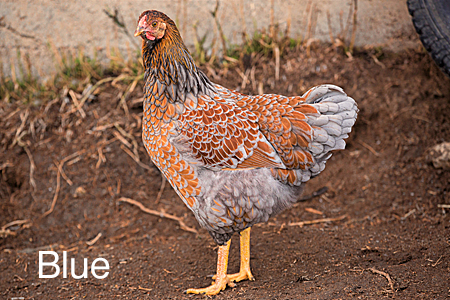 At any rate, blue laced red Wyandottes come in three distinct lacing colors. The base plumage color of all three is a rich red. The blue lacing that outlines each feather is actually a shade of gray and can be either black/dark gray (sometimes called dark blue), medium gray (called blue or violet), or pale gray (splash).

“What a lot of people call a blue laced red Wyandotte is really a splash laced red Wyandotte,” says Jeff Smith of Cackle Hatchery. “This leads to disappointments when chicks don’t grow up looking just like the photos floating around the internet.

“Because of the potential for customer dissatisfaction when expectations would not be meet, Cackle held off offering these Wyandotte varieties for many years. However, in 2017 we started breeding them and offering them for sale.” 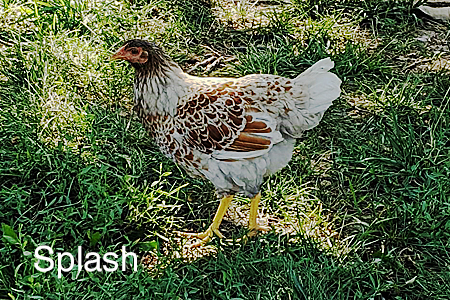 Unlike blue bred to blue, which yields only 50% blues, splash bred to splash yields 100% true splash chicks. But, Jeff cautions, breeding splash to splash over successive generations will result in the lacing eventually becoming too light to the point of appearing white.

For anyone interested in breeding these laced red Wyandottes, here’s how the color genetics work out: