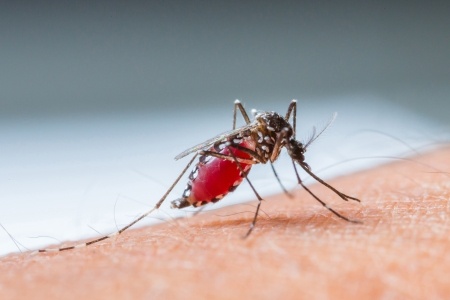 Every summer, health departments all across the country launch campaigns to prevent the spread of the mosquito-borne West Nile virus. West Nile prevention efforts are taken especially seriously in hot southern states where mosquito activity is more prevalent. Humans infected by the virus can exhibit a variety of symptoms, from fever and headaches to more severe neurological problems like encephalitis.

Chickens, on the other hand, aren’t nearly as vulnerable to the effects of the virus. While they can be infected by West Nile, they develop antibodies against it in about a week and quickly fight off the infection. That’s why many health departments in states prone to West Nile outbreaks like Florida use chickens as barometers to measure the activity of the virus. They call these birds “sentinel chickens.”

In Panama City Beach, for example, the Bay County Health Department recently issued a mosquito-borne illness advisory after several of its sentinel chickens tested positive for the virus. The sentinel chickens are placed at a number of different locations throughout the county, and then tested each week for West Nile infections. When one more or more of the chickens test positive, health officials can use that information to track the virus’ spread in the county and react accordingly with insecticide treatments. The method has been used successfully to mitigate the spread of the virus for many years.

“This has been proven effective time and time again,” said entomologist Michael Riles in an interview with a local news outlet in Panama City Beach. “These chickens are our guards for the terms of West Nile virus.”

Once the West Nile season ends, the chickens are typically adopted by backyard chicken keepers or sent to live on small local farms. Then, next year, a new flock of chickens is recruited to stand sentinel against the spread of West Nile.