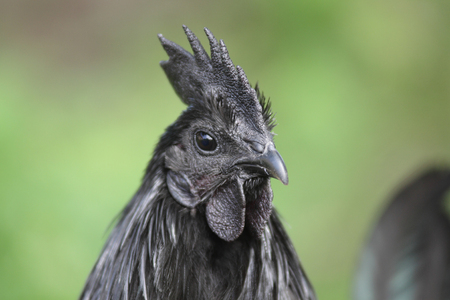 Of all the chickens in the world, the Ayam Cemani is one of the most unusual and interesting breeds. These chickens are instantly recognizable thanks to the pitch-black color that covers them from head to toe. This rare coloration is due to a genetic condition called Fibromelanosis that causes hyperpigmentation in the chickens. In fact, the skin and feathers aren’t the only parts of the Ayam Cemani that are black; their meat, bones and internal organs are completely black throughout as well.

The Ayam Cemani is a relatively new breed that originated in Indonesia.

Then, in 1998, it was imported to Europe by a Dutch breeder. Since then Ayam Cemani chickens have become highly sought after among rare breed enthusiasts in Europe and North America. In their native Indonesia, they are even considered by some people to be a “sacred” animal that can bring good luck to their owners. In the past, these eye-catching chickens have been known to sell for upwards of $2,000.

Despite their dark and mysterious appearance, these chickens are widely regarded as a very friendly, gentle and social breed. The hens typically make good mothers, and they’re hardy enough to endure cold, snowy winters as long as they have adequate shelter. They lay medium-sized eggs with a pinkish hue, but they typically lay only about 80 eggs per year.

At Cackle Hatchery, we’re thrilled to announce that we’ll begin offering Ayam Cemani chickens during the 2019-2020 season! If you’ve ever wanted to add one of these beautiful birds to your flock, now is your chance. Stay tuned for more updates from our site to get your Ayam Cemani as soon as they’re available. 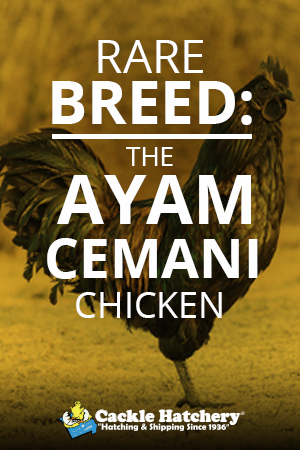