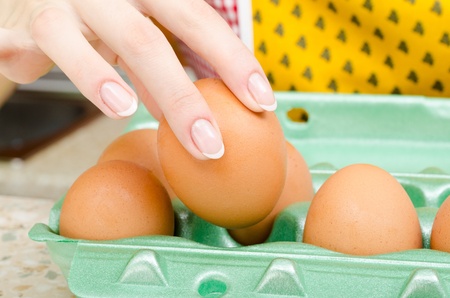 Despite the rising popularity of vegan diets and plant-based alternatives to animal proteins, America’s per capita egg consumption is currently at its highest point in two decades, according to data from the American Egg Board (AEB). The average American ate 279 eggs per year in 2017, up from 275 in 2016.

“When you start multiplying that by 330 million [people], that’s a lot of eggs,” said economist Veronica Nigh of the American Farm Bureau Federation.

Industry analysts are attributing the increase in egg consumption to a few different factors.

First and foremost, many Americans have been paying more attention to their daily protein requirements in recent years. Eggs offer a healthy, affordable source of high-quality protein that can be prepared in just a few minutes. Many public schools have also begun offering whole eggs in cafeterias, after they became designated as “Smart Snacks” under the USDA’s nutrition standards for school lunches. Even McDonald’s decision to begin serving all-day breakfast may have contributed to the recent increase in egg consumption.

It’s also interesting to note that this data does not account for eggs raised by families and individuals with small backyard flocks. If the AEB were to include these flocks in their figures, there’s a good chance America’s per capita egg consumption would be even higher.

Thanks to their versatility and robust nutritional profiles, eggs are poised to remain a staple of American cuisine for the foreseeable future. Whether you prefer them fried, scrambled or mixed into your favorite baked goods, you can find delicious, nutritious eggs just about everywhere.