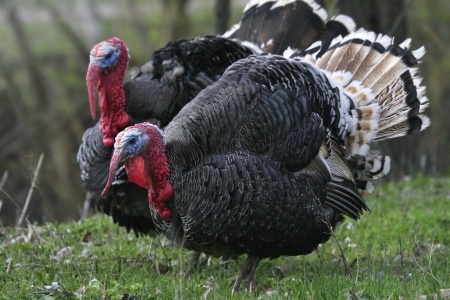 With Thanksgiving just around the corner, Americans all across the country are gearing up for the biggest, most beloved feast of the year. For many of these folks, Thanksgiving dinner just wouldn’t be the same without a big, juicy turkey planted firmly at the center of the dinner table. Thanksgiving turkey recipes are often closely-guarded family secrets that are maintained for generations. One thing you almost never see on Thanksgiving, however, is an egg from a turkey!

So what’s the deal? Are turkey eggs any less delicious than those of chickens?

Nope. They’re Just Expensive. In fact, turkey eggs are quite similar to chicken eggs, but larger and more nutrient-rich. Some people actually prefer them for baking applications. A cake baked with turkey eggs can get pretty expensive though, as each egg may cost as much as $3. Bear in mind that you can typically buy a dozen expensive free-range chicken eggs for about the same price.

Whereas a healthy laying chicken might lay an egg every day, turkeys typically only lay a few eggs a week. Turkeys are also more expensive to raise in factory farm settings and require more room than chickens. As a result of this combination of factories, turkey egg prices are consistently much higher than those of chicken eggs.

As society, and consequently the farming industry, came to favor chickens over the years, turkey eggs became far less common and far more costly for consumers. Today, most people don’t eat turkey eggs at all unless they raise them themselves. If you do have an opportunity to try turkey eggs, take it! If you’ve already cooked with turkey eggs, share your experiences in the comments so others can learn.

From the Cackle Coop!

1 thought on “Where Are All the Turkey Eggs?”