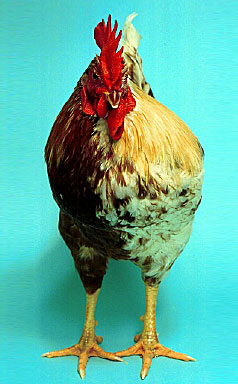 Chickens are endlessly fascinating. The more time you spend with them, the more you discover how intensely complex these creatures are. Here are 20 weird and wonderful facts about chickens:

7 thoughts on “20 Weird and Wonderful Facts about Chickens”