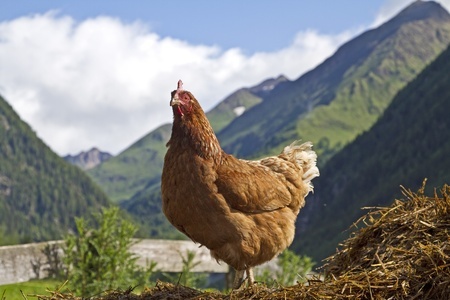 Chickens are often taken for granted. They are common features of just about every farm, and we all know that they lay healthy, delicious eggs. But don’t let their unassuming characters fool you. We bet the chicken is a much more interesting character than you think.

Chickens see the world in full-color.

Unlike many other animals, chickens have full-color vision and can tell the difference between your red apron and that overused black one you’re always wearing at feeding time.

Chickens remember who you are!

Chickens have awesome memories. They can distinguish the differences between over 100 faces of people and animals. So yes, your suspicions are true. Your chickens do recognize you! Isn’t that sweet?

Just as you do, your chickens have dreams when they sleep; although they probably spare themselves of the process of trying to figure it all out when they wake up. Maybe we need to be more like chickens?

A chicken’s waste can generate electricity.

It can’t take the place of your local electrical plant, but over the course of a lifetime a chicken makes enough waste to run a 100-watt bulb for approximately 5 hours.

“Running around like a chicken with its head cut off.”

Most people of a certain age had heard this saying, but few people realize it can actually happen! As unnatural as it may sound, a chicken can live for a short while without a head. One famous chicken, nicknamed Miracle Mike, lived for 18 months after his head was cut off in September of 1945.

Stay tuned for more updates from the CACKLE COOP.

2 thoughts on “5 Little-Known Facts About Chickens”