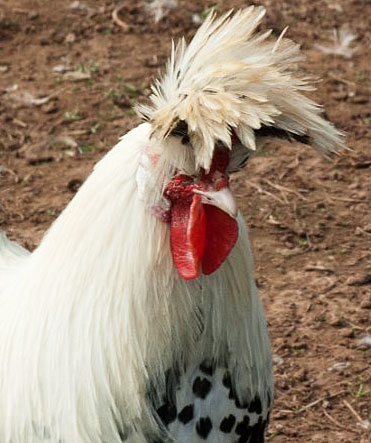 No one knows how many different chicken breeds exist in the world, because no one keeps track. Wikipedia estimates hundreds. In her book The Behavioural Biology of Chickens, Professor C.J. Nichol of the University of London has counted more than 500 “fancy breeds” worldwide, described as ranging “from the sublime to the ridiculous.” These vague numbers represent estimates, not a definitive answer to the question: How many chicken breeds are there?

While these two organizations have established themselves as arbiters of breed recognition, neither group recognizes many breeds in the United States that are well established in their countries of origin, or the even greater number of breeds that have not yet found their way to the United States. However, both organizations periodically update their lists of recognized breeds by adding chicken breeds that either have been newly developed, or are new to American chicken keepers.

For example, the Ayam Cemani, originally from Indonesia, is not yet recognized by the APA, although an Ayam Cemani Breeders Association is working to develop a standard for the breed that will be acceptable to the APA. Another example of a breed not yet recognized by the APA is the Appenzeller Spitzhauben from Switzerland, which is championed by the Appenzeller Spitzhauben Club of America.

Although it rarely happens, a breed may be removed from the APA’s Standard of Perfection if it falls out of favor and no longer exists in the United States in significant numbers. One of the first breeds dropped by the APA is the Russian Orloff, which was included in the first list of recognized breeds published by the APA in 1875, then dropped only 19 years later.