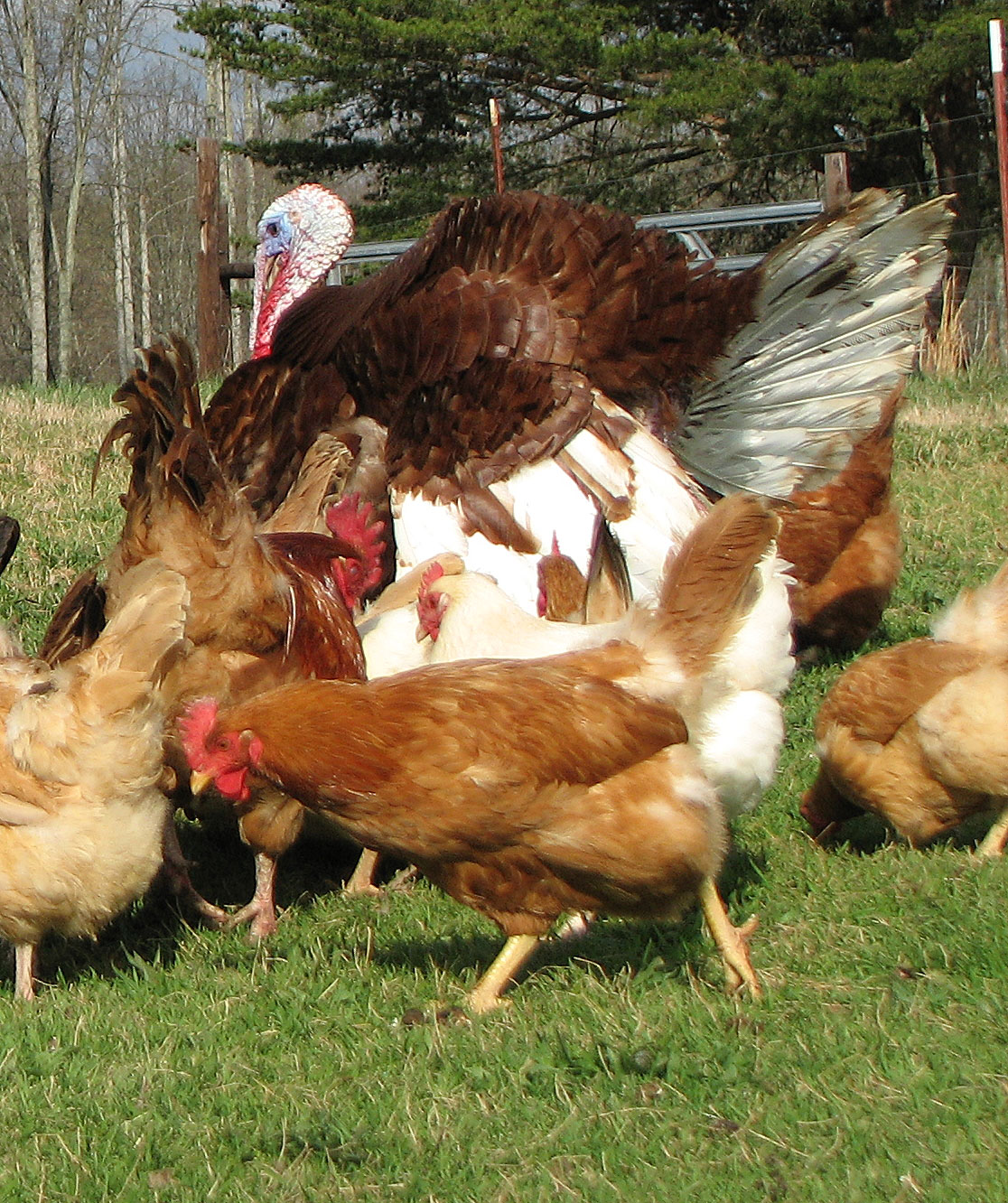 Conventional wisdom says you should never keep turkeys and chickens together, because turkeys are susceptible to blackhead, a disease with devastating consequences. However, lots of backyarders raise chickens and turkeys together without a problem, and with some benefits. Here are three good reasons to keep turkeys with chickens, and two reasons not to.

Although the disease is commonly called blackhead, the head of an affected bird does not always darken. Sometimes, though, the disease causes reduced oxygen in the blood, resulting in a dark blue or black appearance to the skin. Other signs include weight loss, droopiness, diarrhea, and sometimes bloody droppings, which may be mistaken for coccidiosis. A classic sign is bright yellow droppings. Sometimes a dead turkey is the first sign of this disease.

The blackhead protozoa are carried by the cecal worm gallinarum, the most common parasitic worm in North American poultry. The infection is spread by cecal worms and their eggs, expelled in droppings and subsequently eaten by foraging turkeys. Earthworms may eat infected cecal worm eggs, then infect a turkey that eats the earthworms.

Although chickens commonly carry the blackhead protozoa without being infected, turkeys—especially young ones—are highly susceptible and can easily get infected by chickens. Since an outbreak of blackhead requires the presence of both histomonad protozoa and cecal worms, you can minimize the spread of blackhead from chickens to turkeys by worming regularly to reduce cecal worm populations and by not bringing home new poultry that may bring trouble with them. 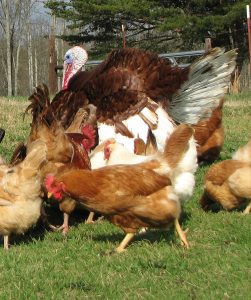 14 thoughts on “Keeping Turkeys With Chickens”