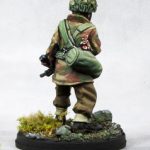 This September marks the 75th anniversary of World War Two’s Operation Market Garden, during which a hen named Myrtle parachuted into the Battle of Arnhem with Britain’s 1st Airborne Division. Summer of 1944 was hot in Leicestershire, England, as paratroopers of Britain’s Tenth Battalion, Parachute Regiment waited for deployment. Irritable after a series of proposed […]