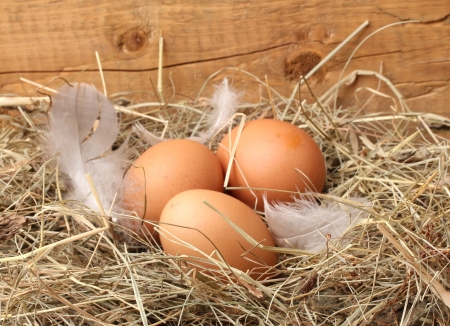 According to the UN’s Food and Agriculture Organization, there are nearly 19 billion chickens being raised as livestock worldwide. Chickens are the most populous farm animal in the world, and every day they shed thousands of tons of feathers. In some cases, these waste feathers are converted into low-grade animal feed. In others, they’re simply incinerated or sent to a landfill.

But the hollow keratin fibers in chicken feathers act as natural insulators as well.

That’s why Aeropowder, a small company based in London, is recycling waste feathers and turning them into an insulating material for buildings and consumer goods. Aeropowder began as a partnership between a biology student and a design engineering student at Imperial College London. Since then, the team has expanded to include experts in natural fiber processing, composites manufacturing, poultry waste processing and business finance.

Initially, the team at Aeropowder experimented with using finely-ground chicken feathers as insulation. In its current form, the company’s product more closely resembles a solid brick of processed feathers. It’s very lightweight, and also less flammable than some other synthetic insulation materials.

“Building insulation has been a main focus, “said Aeropowder founder Ryan Robinson in an interview with BBC. “Our materials could be used on exterior walls, in between cavity walls or in the lofts. But we are also interested in insulating smaller consumer items … like food or medicine.”

Aeropowder still has a few kinks to work out—the company is currently looking for a more cost-effective way to process chicken feathers—but with additional research and development the feather-based insulation could become a great sustainable alternative to fiberglass insulation.