Chickens need to be confined to protect them from the elements and from predators, but what do you call the structure in which they live? Chicken coop is a common term for a stationary structure. The word coop derives from the Old English word cype, meaning a small structure for confining birds.

Hen house is another common term.

It likely originated in the days when farmers kept a rooster only long enough to produce spring chicks for the next year’s flock, then served him up for Sunday dinner. For most of the year, the chicken coop housed hens only; hence: hen house. Today the term hen house is often used whether or not the flock includes a rooster, although when a rooster is present some people prefer to be more inclusive by calling it a chicken house.

Portable structures go by a variety of names. If it lacks a floor, allowing the birds to scratch in the soil, it might be called a chicken tractor or an ark, although some arks have a floor. A small coop might also be called a chalet or a hutch.

Portable structures are often designed to keep the chickens confined at all times, with the entire structure periodically moved to fresh ground. An alternative option is to daily move the chickens between their nighttime house and a daytime run, such as the Peck and Play pen.

Large stationary structures are usually surrounded by a fenced yard, called a pen or a run. If the run is predator proof, the chickens might be allowed to come and go as they please between coop and yard. If predators are likely to gain access during the night, the coop door is usually closed after the chickens go in to roost for the night.

At Cackle Hatchery we call ours the Cackle Coop. What do you call the place where you keep your chickens? 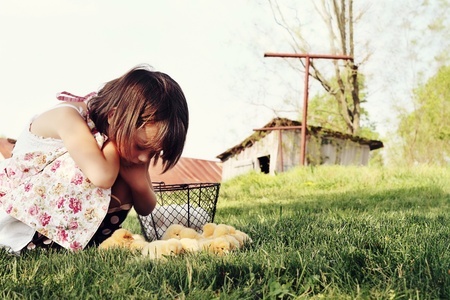 3 thoughts on “What Do You Call the Place Where You Keep Your Chickens?”