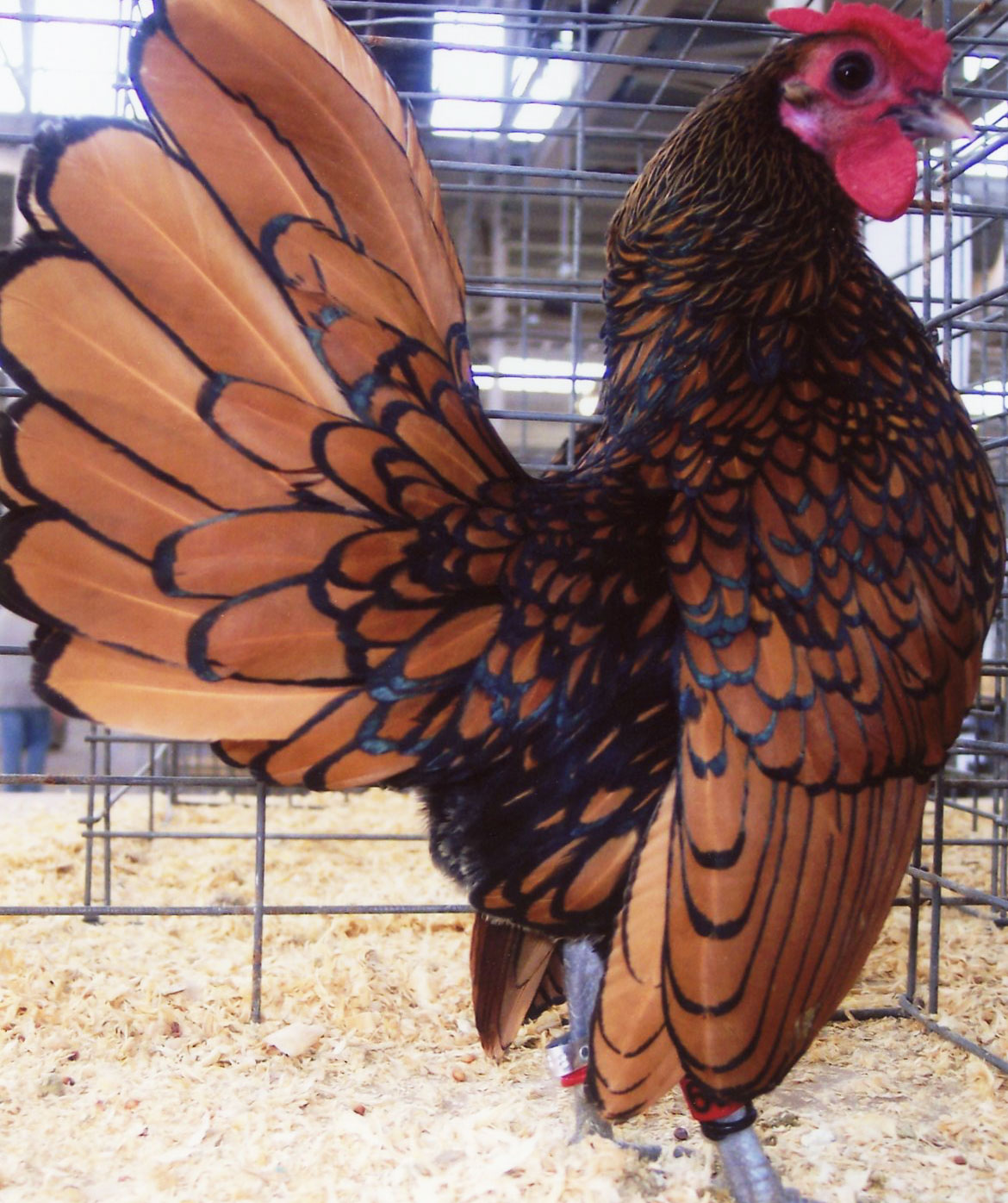 A bantam is a small chicken, about one-fourth to one-fifth as big as a standard-size chicken, generally weighing no more than 2 pounds. The popularity of bantams, affectionately known as banties, began as families moved from farms into suburban areas, and escalated from there. People who enjoy keeping bantams find that they require little backyard space, don’t eat much, don’t mind being confined, and respond well to human relationships — therefore making terrific pets.

Nearly every breed and variety of large chicken has a bantam version. On the other hand, a few breeds and varieties come only in bantam size. Bantams that do not have a large counterpart are called true bantams. They include American Game, Bearded d’Anvers, Bearded d’Uccle, Booted, Dutch, Japanese, Nankin, Pyncheon, Rosecomb, Sebright and Serama.

Bantams that have a large counterpart are considered to be miniatures. But they are not exact miniatures — the relative size of their head, tail, wings, feathers and eggs is larger than would be the case if they were perfect miniatures. Further, not all miniatures were developed from the larger version with the same breed name. Some were bred from unrelated bloodlines, resulting in a small breed that merely looks like to the larger version.

The word Bantam is a corruption of Banten, the farthest west province on the island of Java in Indonesia. As the story goes, small chickens were first imported to Europe from the Banten seaport, and were called bantams after the port.

Both the Bantam Standard and the Standard of Perfection include bantam ducks, as well as bantam chickens. The most common bantam ducks are Call ducks. Others include the black East Indie and the colorful mandarin and wood ducks.

Bantam ducks and chickens are popular as pets with personality, as easy-to-handle exhibition birds, and as ornamentals that add character to the yard or garden. Although their eggs are smaller than those of larger breeds, some banty strains are prolific layers. Among bantam chickens, Cochins and Silkies fasmously make wonderful broody hens and protective mothers often used to successfully raise chicks of the less maternally inclined breeds. 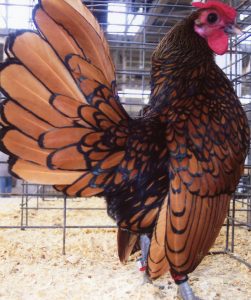