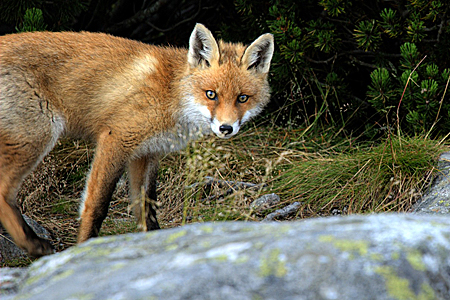 Chicken keepers vary in levels of experience, from novice to expert. But no matter how knowledgeable we might be, and how carefully we manage our flocks, all chicken keepers face the same three challenges.

Everyone who keeps poultry sooner or later experiences that heart-stopping moment of realization that a predator has come to call. More often than not, it’s someone’s dog, maybe even the chicken keeper’s own dog.

More difficult to protect a flock from are aerial predators — hawks during the day and owls at night. And then you have snakes, primarily rat snakes (also called chicken snakes), that can sneak into the smallest openings to snack on eggs or baby chicks.

Protective measures include choosing predator resistant chicken breeds, learning to identify predators by their signs, and eliminating their points of entry.

Aside from predation, respiratory diseases are the most common cause of death in backyard chickens. The longer you keep chickens, and the more chickens you have at one time, the more likely you are sooner or later to encounter respiratory problems.

Respiratory issues have many causes including nutritional, parasitic, bacterial, fungal, viral, and environmental. The best management practices are to provide good ventilation to minimize dust and ammonia fumes, and to avoid introducing potential disease carriers into your flock.

As pet hens are kept into old age, two common health conditions are tumors and egg laying issues. Tumors occur in the reproductive organs of hens more often than in any other animal and are a common cause of poor laying. Some tumors have known causes, notably lymphoid leukosis and Marek’s disease; others do not.

Hens lay best during their first and second years of laying. Thereafter, as a hen ages, she lays progressively fewer eggs each year and, as her internal organs begin losing muscle tone, she is likely to experience such issues as prolapse or internal laying. Although these problems can result from disease, they also become more common in elderly hens simply as a result of the aging process.

External parasites include insects (bugs, fleas, flies, lice) and mites (chiggers, mites, ticks). They can be brought in by wild birds or by grown chickens acquired from outside sources.

Mites are by far the most common external parasite of chickens. Red mites are a problem in warm climates, while northern fowl mites are common in cooler climates. Scaly leg mites may appear anywhere.

Protecting your flock from mites includes keeping wild birds away from chickens, periodically giving the coop a deep cleaning, and providing the flock with a dust bathing area. Also check all chickens brought newly into the flock or returning from show, and treat as necessary.

All chicken keepers face these three challenges. But the ultimate consequences to a flock may be minimized through the keeper’s awareness, observation, and timely action.

2 thoughts on “All Chicken Keepers Face These 3 Challenges”