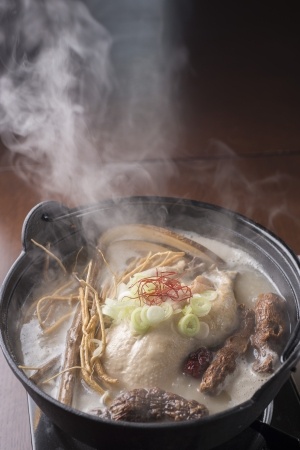 Scientists believe humans first started coexisting with chickens thousands of years ago in Southeast Asia and China. For much of that time, however, chickens weren’t used as a common food source. Chicken bones from this early period of human civilization are scattered and sparse, suggesting that they were used in sports and rituals rather than cooked and prepared for supper time. It wasn’t until the Roman Empire came to power that chicken consumption became widespread.

At some point in this period, human cultures must have undergone a paradigm shift in thought that caused them to start eating the fowl rather than just keeping them around for the occasional neighborhood cock fight. Now, a recent archeological find may shed light on when and where this shift in food values began.

The ancient city of Maresha in Israel was thriving during the Hellenistic period between 400 and 200 BCE. This is the spot where archaeologists have recently uncovered a veritable treasure trove of chicken bones. Not only were the chicken bones in this area numerous, they were also scarred with the characteristic marks of a butcher’s knife. Female chicken bones also outnumbered male bones in Maresha, suggesting that they were being raised for their meat rather than their fighting prowess.

This discovery indicates that humans began eating chickens far earlier than archaeologists had once thought. So what caused the people of Maresha to start eating chickens?

Lee Perry-Gal, a doctoral student in the department of archaeology at the University of Haifa, attributes it to a change in culture. “You have to decide that you are eating chicken from now on,” says Perry-Gal in a recent interview with NPR. Just like if we were to decide to start eating horse meat today, this would require a conscious decision on the part of society at large. It may well have been borne out of necessity. In the dry climate of the Mediterranean, it may have been easier to raise livestock than grow crops at the time. Whatever the reason, this discovery is an exciting contribution to our understanding of how the chicken has come to be such a prevalent dish in human cultures from all over the world.