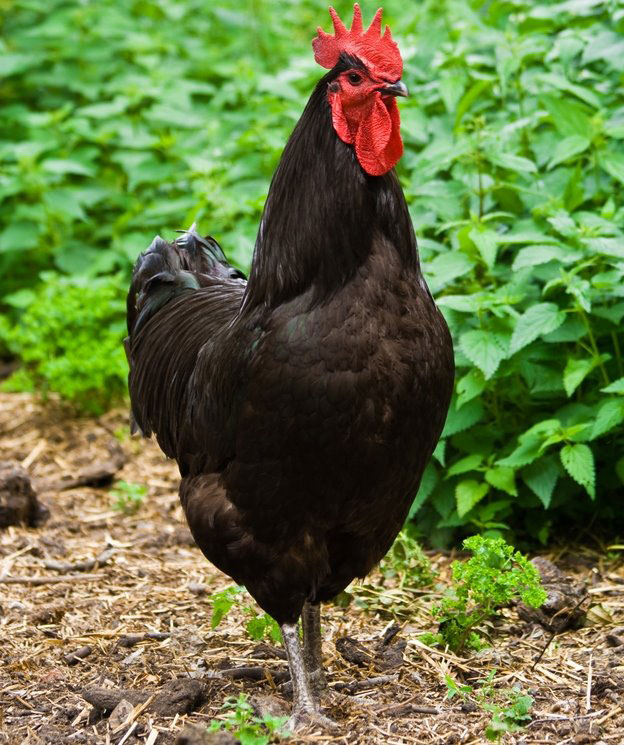 Australorp and Black Jersey Giant chickens look and behave a lot alike. Both are good foragers, and the hens of both breeds tend to become broody and raise their own chicks. Both breeds have a bright red single comb, red earlobes, a black beak, and dark brown eyes.

Australorps come in one color — black. Jersey Giants can be black, blue, or white. Black, of course, is the variety most likely to be confused with Australorp. Below are seven differences between Australorps and black Jersey Giants.

Jersey Giants originated in the state of New Jersey, developed as an alternative meat bird to the turkey. Jersey Giants are slow growing, requiring some 8 to 9 months to reach a good size and proportion for the table. The Standard of Perfection lists them in the American class. The original color was black, and the original name for the breed was Black Giant. The name was later changed to Jersey Giant in honor of their state of origin, according the Livestock Conservancy.

An Australorp hen lays large eggs with tinted (light brown to pink) shells. An Australorp hen’s rate of lay for the first year or two ranges between 200 and 280 eggs annually. According to the Livestock Conservancy, an Australorp hen once set a world record by laying an amazing 364 eggs in 365 days. Being good layers, excellent foragers, and a dark color that reduces the chance of attracting predators, Australorps are popular for pastured egg production.

A Jersey Giant hen lays extra-large eggs with brown to dark brown shells. The average production rate ranges from 175 to 185 eggs per year, although Jersey Giants bred specifically for production lay somewhat better. Hens in Cackle Hatchery’s production-bred line may lay as many as 260 eggs per year.

Hens of both breeds tend toward broodiness, although the larger size of the Jersey Giants makes them somewhat clumsy and more liable to accidentally break eggs in the nest. Since broodiness reduces the rate of lay, production lines of both breeds are bred to be less broody. Interestingly, the extra-large eggs of the Jersey Giant can take a day or two longer to hatch than eggs of Australorps and other chicken breeds.

Both being large breeds with heavy feathering, Australorps and Jersey Giants are cold hardy. The Australorp, however, is heat tolerant, while the more massive Jersey Giant is much less so.

Australorps tend to be more active than the mellower Jersey Giants, yet despite their large and potentially intimidating sizes, both breeds are known to be docile and gentle. So, when the decision is between Australorps and black Jersey Giants, you can’t go wrong — either breed makes a good choice, even for the novice chicken keeper. 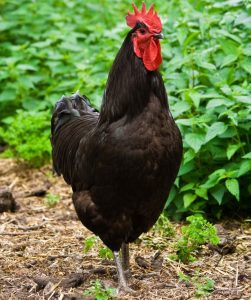