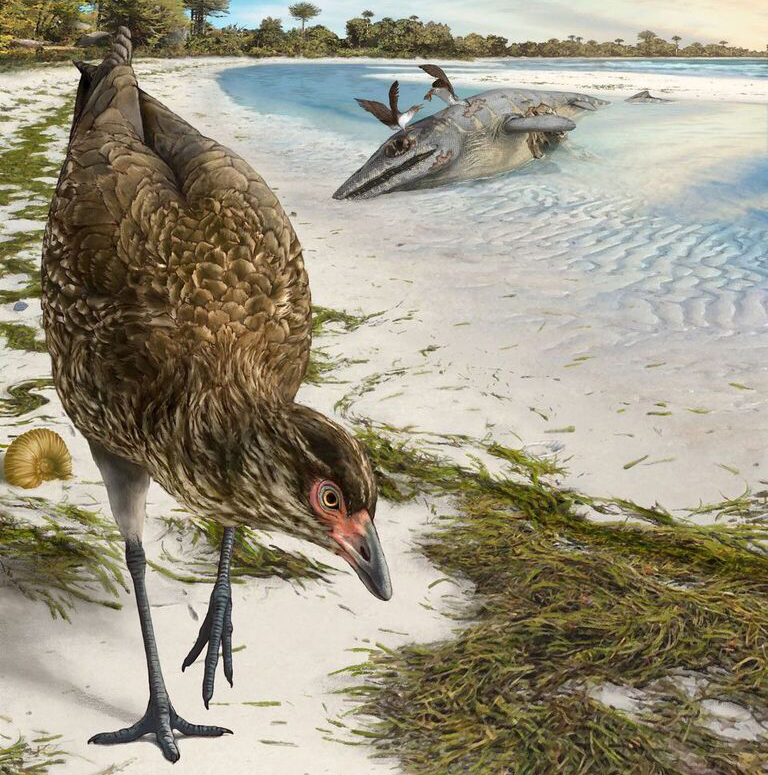 A team of British avian paleontologists believe they have discovered the mother of all chickens — and ducks. They have identified the remains of the world’s oldest modern bird, dating to about 66.7 million years ago.

Asteriornis is combined from the name of the Greek goddess of falling stars, Asteria, and the Greek word ornis, meaning bird. Maastrichtensis refers to the geologic Maastricht Formation in Belgium, where an amateur fossil hunter found the bird’s remains.

The reference to Asteria has triple meaning. In Greek mythology, the goddess transforms herself into a quail, a nod to the similarities between the Wonderchicken and our modern poultry.

The Wonderchicken fossil was found in sedimentary rock formed in or near the ocean. Asteria threw herself into the ocean to avoid Zeus, the Greek god of thunder.

That Asteria was the goddess of falling stars reflects the knowledge that Wonderchicken existed before the end of the Cretaceous period. The significance is that ancestors of today’s birds survived the asteroid strike that wiped out the dinosaurs.

The dinosaur Archaeopteryx is the most basic bird discovered to date. However, in contrast to the 150 million-year-old Archaeopteryx, today’s birds have no teeth, no bony tails, and no clawed wings.

Compared to the Archaeopteryx, the Wonderchicken was more like modern birds. And it exhibited combined features of both land fowl (like chickens) and waterfowl (like ducks).

It is especially remarkable in being the oldest evidence of modern birds discovered so far, according to University of Cambridge avian paleontologist Daniel Field. Dr. Field co-authored a paper about the Wonderchicken published in the journal Nature.

Although the back of its skull is similar that of a duck, the Wonderbird’s beak is more chicken-like. This feature indicates that it, like the chicken, was an opportunistic eater. The bird had an estimated weight of 14 ounces, about the size of an American Serama. Its small size, diverse diet, and shoreline habitat most likely contributed to the ability of the bird’s descendants to survive the devastating asteroid impact and go on to become the mother of all chickens.

Category: Chickens in the News
Tags: Archaeopteryx, Mother of All Chickens, Oldest Bird in the World, Wonderchicken
Leave a Reply Cancel reply