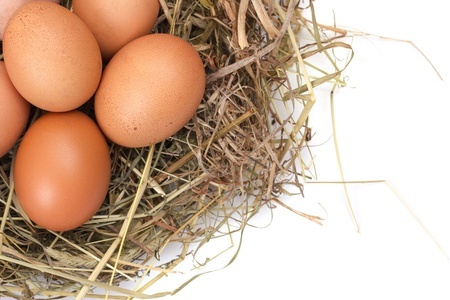 As more and more have started raising small backyard flocks of fowl, a lively dispute has erupted over the merits of washing eggs. On one side of the isle, we have staunch no-washers who argue that cleaning eggs with water can actually invite harmful bacteria through the shell membrane. On the other side, we have an equally impassioned bunch of folks who feel that, as a general rule, if we’re about to eat something that came out of another animal’s rear end we should probably at least give it a good rinse. So who’s the cuckoo? Let’s find out.

We Shouldn’t Wash our Eggs

This argument rests on the assertion that when we wash an egg we compromise the protective membrane called a “bloom” that covers its shell. By making this membrane more porous, we actually allow bacteria to pass more easily between the inside and the outside of the egg. By refraining from washing our eggs and preserving that protective membrane, we can actually store eggs without refrigeration. Fair enough, no-washers. You raise some good points. Now on to the opposition.

We Should Wash our Eggs

These folks tend to lean on our intuitions about good hygiene. They point out that chicken coops are generally somewhat less than sanitary, and that any egg we gather from a coop is likely to be covered in its fair share of dirt, bedding, and chicken feces. Likewise, it seems natural that we should clean and refrigerate them before they wind up at the dinner table. Right?

Well, sort of. That protective bloom really does act as an effective barrier against harmful bacteria. That said, if you’re going to give your eggs to friends or sell them at a farmers market, you should probably not hand them off still covered in chicken filth. If you’re going to keep your eggs for personal consumption, then there’s no harm in leaving them unclean and unrefrigerated until you’re ready to eat them. Once you do decide to eat them, it’s probably not a bad idea to gently scrub them with a scouring pad to remove residual dirt and grime. This way, you can preserve that protective membrane and eat your eggs without worrying about inadvertently swallowing some pine bedding. Just bear in mind that once you do clean your eggs, they should stay refrigerated until they’re cooked.