An egg tooth is a tiny horn-like projection at the tip of the upper beak of a newly hatched chick. Soon after the chick hatches, the egg tooth falls off. Domestic poultry and other birds share this trait in common with most reptiles.

When a chicken egg is incubated, the egg tooth begins to develop on the seventh day. As hatching time approaches the egg tooth becomes sharp and hard. Approximately three days before the chick hatches, it uses the egg tooth to break through the inner membrane at the blunt end of the egg.

Until that point, the chick embryo has been absorbing oxygen through the shell pores. As hatching time nears, the chick needs more oxygen than it can get through the shell’s pores, so it breaks into the air cell at the blunt end of the egg, a process called internal pipping.

The air cell between the inner membrane and the shell provides the chick with additional oxygen, while allowing it to begin exercising its nascent respiratory system. The oxygen in the air cell is just enough to keep the chick going until it can punch a hole through the brittle shell into the outside world.

At this point, the chick’s beak and claws have not yet grown strong enough to be of any help in breaking through the tough shell. That amazing feat can be accomplished only with the help of the egg tooth.

The first tiny hole though the shell, or external pip, occurs approximately three days after the chick broke into the air cell. An enlarged pipping muscle at the back of the bird’s neck begins to spasm, giving the chick enough impetus to pip through the shell’s outer membrane, then through the shell itself. This task is so exhausting that, once the chick has punched an initial hole through the shell, it rests for up to 8 hours.

Once rested, the chick rotates counterclockwise while using its egg tooth to chip the shell thousands of times, until it has broken the shell about three-quarters of the way around, creating a shell cap at the blunt end of the egg. This effort can take as long as 5 hours.

Trying to straighten its neck and break free, the chick pushes its head against the shell cap. After about 40 minutes of hard work, the chick gets the shell cap free. It then takes a short rest before making one mighty kick to get out of the shell. Wet and exhausted from its prodigious effort, the chick takes a nice long nap.

A chicken normally hatches within 24 hours of the first external pip. Larger species may take as long as 48 hours. 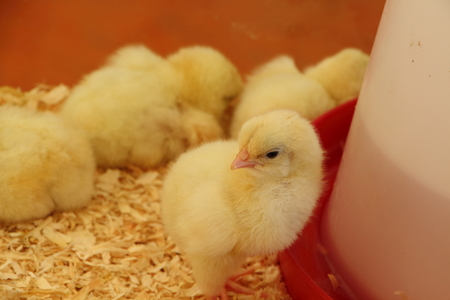 2 thoughts on “What Is an Egg Tooth?”