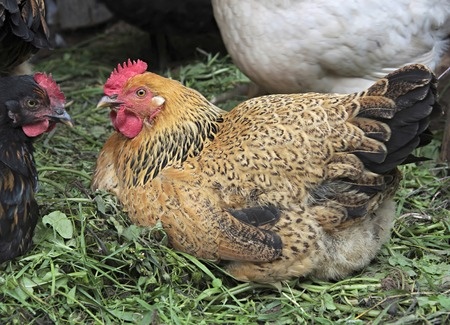 Birds (chickens, in particular) are very social creatures. They exhibit behaviors deeply engrained in their genetic code that maintain social order and promote the propagation of their species. One such behavior is broodiness, or the tendency for birds to sit on clutches of eggs to incubate them after they’ve been laid. This might be beneficial for birds in the wild, but it’s less than desirable on farms, or even in small backyard operations.

When laying hens become broody, they suppress other behaviors such as eating and drinking. Since hens need plenty of nutrients to continue laying, this fixation on a single clutch of eggs means they won’t be laying new eggs anytime soon. Understandably, farmers would much rather their hens be laying than brooding.

In an effort to curb this behavior, farmers have been selectively breeding it out of their flocks for generations. The process began with a genetic mutation found in White Leghorns that was later bred into other chicken variants. These days, farm raised chickens are far more apt to simply walk away from their clutches soon after they’ve been laid. In essence, farmers are breeding the maternal instincts out of their laying hens. This suggests that a single gene might be responsible for this parental behavior in chickens.

When scientists first started to search for the origin of this gene, they assumed it was located on one of Z sex chromosomes. This has since been disproven, however, and now the scientific community believes it might be buried somewhere in another chromosome that doesn’t determine the sex of chickens. Regardless of the location of the gene, it’s fascinating to think that selective breeding has allowed farmers to effectively eliminate maternal behaviors in their flocks.