This method of sexing chicks requires little training and has an accuracy rate of 90-99 percent, depending on the bloodlines. But the difference in the growth of the primary feathers occurs only between one and three days of age, after which the cockerels’ wing feathers catch up with the pullets’ and they all look alike.

Feather sexing is commonly used by the broiler industry — where white-feathered birds are preferred — to facilitate raising the slow-growing pullets apart from their faster-growing brothers.

The broiler industry accomplishes this by developing two different breeding lines, one for rapid feathering and one for slow feathering. Hatcheries, too, maintain double lines of some breeds to simplify, and improve the accuracy of, sexing chicks to be shipped to customers. 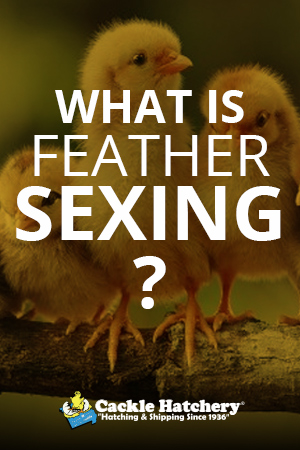 4 thoughts on “What is Feather Sexing? Separating Fact from Myth”