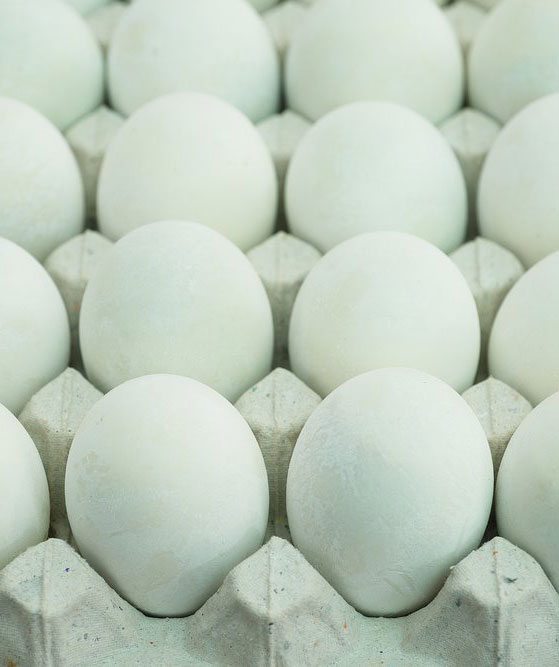 How do you spell the chicken breed that lays eggs with blue shells: Ameraucana or Americana? If you said Ameraucana, you are correct. So how did this breed get such an oddly spelled name? To answer that question requires reviewing the breed’s origin.

In 1925 a breed of chicken discovered in Chile was introduced into the United States as the Araucana, after a region of Chile called Araucania by Spanish conquerors. These original Araucana imports were described as having ear tufts (long feathers sticking out near the ears), being rumpless and laying eggs with pale blue shells. Interest among American poultry enthusiasts blossomed after National Geographic Magazine published a feature on “Races of Domestic Fowl” in 1927, which included a description of the Araucana.

The Araucana is now quite rare in the United States, primarily because of breeding challenges. The lack of a tail interferes with fertility (because one of the tail’s functions is to pull feathers away from the vent during mating), and the spectacular ear tufts are associated with a lethal gene. When a mated hen and rooster both carry the tufted gene, 25 percent of their eggs fail to hatch.

The initial imports known as Araucana were actually a mixture of breeds. Their offspring exhibited a variety of characteristics, lacking the uniformity that defines a breed. American poultry breeders eventually were able to standardize the Araucana as a tufted, rumpless, blue egg laying breed, so it could be admitted into the American Standard of Perfection. The breed is championed by the Araucana Club of America. The full History of the Auraucana is quite complex and fascinating.

The history of the Ameraucana breed is no less complex, and at times has been highly contentious. In a nutshell: Among the blue egg chickens raised by early Araucana breeders were birds that had tails, and sported beards and muffs. Since they lacked the lethal tufted gene, some poultry enthusiasts focused on breeding them, rather than the tufted, rumpless variety.

Chickens sold as being Americana or Americauna generally have Ameraucana blood, but lack the breed’s uniform conformation, as well as not necessarily laying eggs with blue shells. These chickens are also called Easter Eggers, or Easter Egg Chickens, perhaps because of a National Geographic Magazine article by that name, published in 1948, describing crossbred chickens that produced eggs with a rainbow of pastel shells ranging from green to greenish blue, from pinkish to brown, and from white to pale yellow or gray.

Such chickens are sometimes also called Rainbow Layers. Note that when a flock lays eggs of different colors, each individual hen’s eggs are all the same color; the rainbow effect derives from an aggregate of eggs laid by a group of hens.

Chickens marketed as Americanas, Americaunas, Easter Eggers or Rainbow Layers come in a variety of conformations and plumage colors, and lay eggs with a wide range of shell colors. Further, producers of these chickens don’t all breed for the same specific characteristics. So, although Easter Eggers can be fun to have, they are not a standardized breed.

The Olive Egger is a type of cross that produces a rich olive-drab egg described in National Geographic article of 1948 as looking “as if it had been produced especially for the United States Army.” This shell color is achieved by mating a breed that lays eggs with blue shells with a breed that lays eggs with brown shells. Blue shells are blue through and through; brown shells have pigment only on the outside. The outcome of crossbreeding is that eggs of first-generation hens overlay brown pigment on a blue shell, resulting in a shade of olive green.

Rounding out the list of breeds that lay eggs with blue or pale green shells is the Cream Legbar. This breed was developed in England nearly 100 years ago from a cross that included Araucanas. The purpose was to create an autosex breed, in which the pullets are distinctly different from the cockerels at the time of hatch. Pullets sport a dark brown stripe, while cockerels have a less distinct and paler brown stripe.

Unlike the Araucana and Ameraucana, both of which lack crests and have pea combs, the Cream Legbar has a crest (a puff of feathers on top of its head) and a large, floppy single comb. A fairly recent import into the United States, this breed is championed by the Cream Legbar Club. 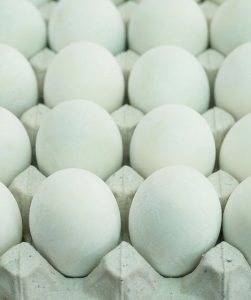