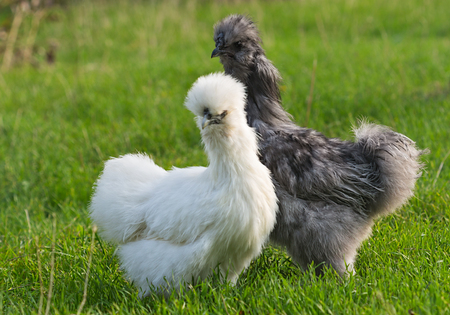 Named for their trademark fluffy plumage that feels like silk to the touch, Silkie Bantams are among the most beloved ornamental breeds in the world. Their soft, beautiful feathers have made them a popular choice for exhibition birds, but the striking appearance of Silkie Bantams is far from their only virtue.

Silkie Bantams have a naturally calm, affectionate demeanor that makes them ideal for small backyard flocks where chickens are kept as pets. Silkie hens also tend to be broody and attentive mothers, so they’re a great option for people who are interested in breeding ornamental chickens.

Although Silkies aren’t recognized as a laying breed, they are fairly consistent layers that typically produce a few small cream-colored eggs per week. Due to their broody nature, however, their egg production slows significantly as they age.

In addition to their fuzzy plumage, Silkie Bantams have a number of other unusual physical characteristics as well. Silkies have five toes, for example, whereas most birds have four. The fifth toe grows above the hind toe and rarely touches the ground. Silkies also have dark black skin, similar to the exotic Ayam Cemani black chickens from Indonesia.

The Silkie breed is believed to have originated hundreds of years ago in ancient China. The earliest written account of Silkie chickens came from Marco Polo during his exploration of Asia in the 13th century. In his writings, Polo mentioned “chickens with fur-like feathers and black skin” that perfectly fit the description of modern Silkie Bantams. Today, we’re fortunate enough to be able to find Silkies all over the globe.

At Cackle Hatchery, our Silkie Bantams come from show-quality bloodlines that have been bred for their smaller size and profuse beard and top crest. They also have the breed’s characteristic five toes and walnut comb. It’s worth noting that some hatcheries sell larger, non-muffed Silkies that do not adhere to the American Poultry Association’s breed standard for Silkie Bantams. If you have any additional questions about the Silkies we offer, feel free to give us a call or contact us online today! 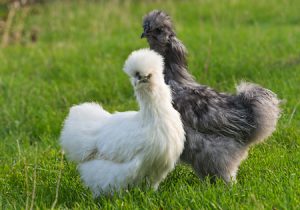