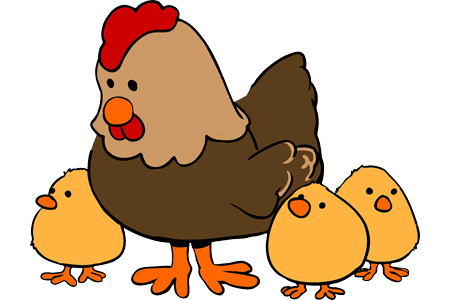 It seems (as the story goes) that a project came to the Maker of Advanced Designs (M.A.D.) Scientist that would tax the brains of the most brilliant person to overload capacity. It seems that society needed a robot. Ohhh, but not just any robot. This one had to have six special characteristics and qualities.

First, this robot had to be very mobile. It must be able to maneuver over rough terrain, go around obstacles and, at times, even become lighter than air. It must also possess the ability to remain hidden from predators and unfriendly beings, especially during its most susceptible times, that of re-engineering itself — sort of a cloaking device.

Robot requirement #3 is that it must be fully functional in the most barren, remote areas where little resources for sustenance exist. It must meet its requirements for existence, production, and replacements from creatures of biochemical/biological status that would not be missed if consumed as fuel. It must even be able to obtain much of its energy from consuming a large percentage of its requirements from common dirt and bits of rock and gravel.

Requirement #4 of this robot is that it must provide a necessary service to its masters at large by providing a regular uninterrupted supply of nutrients from the lessor elements of biological creatures that, in fact, would not only not be missed, but the environment would be better off without them (these lessor creatures consumed as fuel). Then, at termination of the existence of this robot, its remaining parts must be recyclable and beneficial to the advantage of its masters.

The #5 requirement of this robot is that it must be rather pleasant to be around. One realizes that any machinery must make some noise in process of production, but this one has to make noise that is not offensive or abusive. It must, also, be pleasant to look at and entertaining to observe as it maneuvers about in its processing of making nutrients and other commodities.

Requirement #6 is that this unit/robot must be cost effective. It must not be out of reach of even the “poorest” of masters and production must far outweigh the initial cost of purchase.

So, the Maker of Advanced Designs had quite a job to do. In fact, people have been talking about this robot and making reference to it for as long as I can remember, whenever the question is asked, “Which came first, the chicken or the egg?”

I think it was the chicken. Quite a robot, huh?