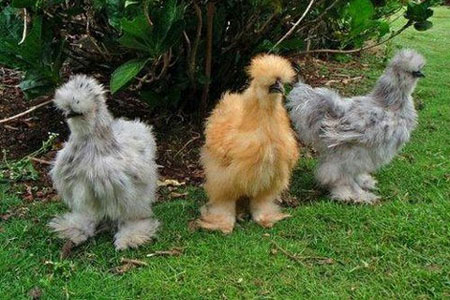 The history of bantam chickens follows that of the Industrial Revolution. As families moved away from farms, but didn’t want to give up their chickens, they turned to low-maintenance smaller breeds. Bantams require little backyard space, don’t eat much, don’t mind being confined, and respond well to human relationships.

Interest in keeping bantams boomed in the affluent 1950s, when raising backyard chickens was considered good family fun. Interest waned in later decades, but resurged at the turn of the 21st century, and positively exploded during the Covid-19 pandemic.

A bantam breed is one-fifth to one-fourth the size of a large breed, generally weighing 2 pounds or less. Most bantam breeds are miniature versions of a corresponding large breed. Indeed, nearly every breed and variety of large chicken has a bantam version

Interestingly, the bantam version may or may not have the same genetic background as its larger counterpart. Some bantam breeds have been developed to look like the larger chicken with the same breed name, without being closely related genetic wise.

A true bantam, as distinct from a miniature, is small breed of chicken that has no larger counterpart. Four true bantams that tolerate warm weather are Belgian Bearded d’Anvers, Rosecomb, Sebright, and Serama.

The Belgian Bearded d’Anvers is named after the Belgian municipality of Antwerp, where the breed was developed. Antwerp is called Anvers in the French language, which is commonly spoken in Belgium.

The d’Anvers bantam has a rose comb, small or no wattles, clean legs, a full beard, and muffs that cover the earlobes. This breed comes in several color varieties. The hens lay eggs with white shells and tend toward broodiness.

The Rosecomb is an old breed that originated in England as an ornamental chicken. It is named for its prominent rose comb.

The Rosecomb bantam has white earlobes and a full tail that’s large in relation to its small, compact body. It comes in numerous color varieties. The hens lay eggs with tinted shells and seldom brood. Rosecombs are popular in the showroom.

The Sebright is another old breed of true bantam developed in England. It is named after Sir John Sebright, the poultryman originator. Sebrights are unique in being hen feathered — the rooster’s hackle, saddle, and tail feathers, as well as the color markings, are nearly identical to the hen’s.

Sebrights have a rose comb and come in two laced varieties, golden and silver. The hens lay eggs with white shells and seldom brood. These bantams are hardy, active, and capable fliers.

The Serama was developed in Malaysia. It is named after the handsome and majestic Raja Sri Rama, a mythical character in Malaysian shadow puppet plays.

Seramas have a single comb, droopy wings, and a full tail held so high it sometimes touches the back of the head. They come in every color normal to chicken feathers but do not breed true to color — a cock and hen of similar color won’t necessarily produce chicks of the same color.

Kept in a controlled environment, Serama hens are year-round layers of tiny eggs ranging in shell color from white to deep brown. They will brood and make excellent mothers.

Seramas are the smallest of all chicken breeds, weighing as little as 6 ounces and standing only 6 inches tall. Their tiny size and friendly demeanor make them ideal as cage birds kept as house pets. Indeed, being small tropical birds, they require a warm environment.

The Silkie gets its name from its downy, furlike plumage, which makes the bird look bigger than it actually is. A Silkie has a crest, walnut comb, turquoise earlobes, black skin, feathered legs, and five toes (some have six).

Silkies are not true bantams. Mature Silkies, especially those bred for meat, can weigh 4 pounds or more. In North America, however, they are typically bred to weigh two pounds or less. They come in a number of color varieties and may be bearded or non-bearded. Silkie hens lay tinted eggs and are among the most tenacious setters.

As pets, Silkies are friendly and docile. They don’t fly well, and sometimes won’t even perch. Their fluffy plumage offers little protection from rain and cold temperatures, making them appreciative of warm weather.